Walaa Cooperative Insurance Company announces the results of the 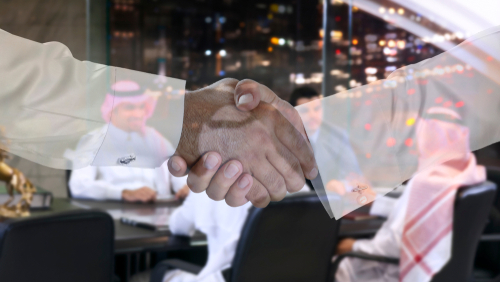 Walaa Cooperative Insurance Company (“Walaa”) is delighted to announce the results of its extraordinary general meeting which includes the approval of its capital increase (Second meeting) which was held on Thursday 19/02/1444H (Corresponding to 15/09/2022G).

City and Location of the General Assembly's Meeting

Date of the General Assembly's Meeting

Time of the General Assembly's Meeting

While the following director excused himself from attending:

Voting Results on the Items of the General Assembly's Meeting Agenda's

1. The Approval of the merging of SABB Takaful Company into Walaa in accordance with the provisions of Articles (191), (192) and (193) of the Companies Law. by issuing (0.6005476176470590) new shares in Walaa against each share in SABB Takaful Company (“SABB Takaful”) (“Merger Transaction”), in accordance with the terms and conditions of the merger agreement signed between both companies on 23/07/1443H (Corresponding to 24/02/2022G) (“Merger Agreement"), including voting on the following matters related to the Merger Transaction:
a. The Approval of the terms of the Merger Agreement.

c. The Approval of amending Article 8 “Share Capital” in Walaa’s Bylaws. The amendment shall take place upon the effectiveness of the Merger Transaction.

Looking for something else?

We’re here when you need us.